On this day last year, ABS-CBN died. Yes, it died. Nobody “killed” it. More importantly, nobody really cared because all ABS-CBN was to most Filipinos was a space filler — a channel through which noise was piped to a people uncomfortable with silence that would have otherwise been essential for reflection. The only people who […]

Filipino showbiz starlet Liza Soberano tweets something about the “plight” of Filipinos in the face of the COVID-19 pandemic and all of Yellowtardom gush to the high heavens. If we examine the substance of in Soberano’s tweets, we will find that there is none — or at least nothing that is original. All there is […] 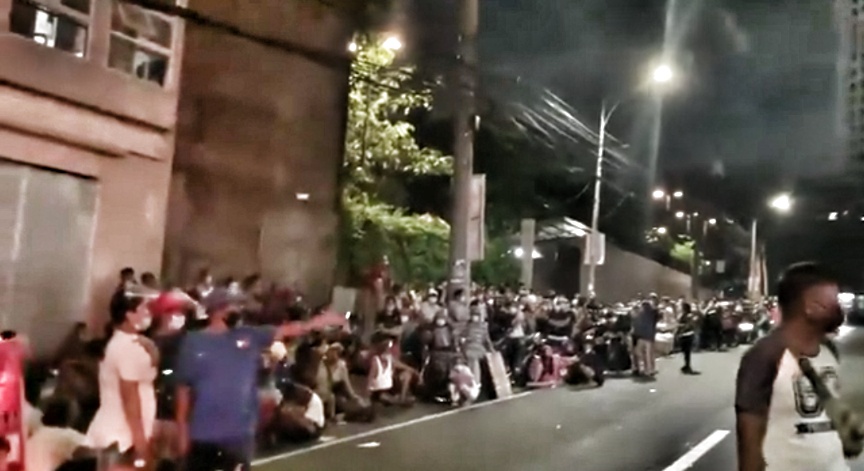 A disturbing video making the rounds shows an enormous crowd of fans of popular television host Willie Revillame who was reportedly celebrating his birthday last night. Most of the people in the crowd seem to be wearing masks and face shields but are not practicing the prescribed physical distancing between one another. It's almost midnight […]

What looks like a video of the “Tinig ng Bayan” concert supposedly led by Sharon Cuneta’s daughter Kakie Pangilinan with a video of Jim Paredes exhibiting lascivious facial gestures was seemingly broadcast over DZRH. The broadcast was apparently captured on video as it was being shown on a television screen and is now being shared […]

Sarah Geronimo is a top celebrity and she is rich. So what’s the big deal if she honeymoons with new hubby Matteo Guidicelli at chi chi Amanpulo resort in Palawan? That’s just what rich people do. Some people just can’t be happy for other people’s happiness. Some, like Netizen Jericho Rayel Timbol see it as […]

You gotta question the motives of celebrities like Kakie Pangilinan. On the day when no less than the elected leader of all Filipinos addresses his people, she and a bunch of starlets organise a concert to distract people from this important address… Kakie Pangilinan, Ebe Dancel, Iza Calzado and a host of other musicians and […]

Apparently, would-be “woke activist” demigod Kakie Pangilinan is back in fighting form, this time rearin’ to take on no less than Mocha Uson herself on Twitter. Interestingly, this comes after Pangilinan announced she was “taking the break” from social media presumably to sort out her family affairs after her mother, Sharon “The Megastar” Cuneta, publicly […]

Such is the cult following that the brilliant and, until recently, well-paid PR and brand management team of ABS-CBN managed to create that its starstruck fandom are willing to disown their families over the media conglomerate. A certain Tweetizen named Jan Kirk (@jkirknayona) professed such a sentiment on Twitter recently and, to his credit, got […]

Sharon Cuneta’s behaviour is very disturbing. She started off defending her daughter Kakie Pangilinan from critics, eventually went berserk and did a roll call of all her powerful connections just to hunt down an online troll and now is displaying irrational behaviour by bragging about being wealthy. It is bizarre that Cuneta complains about people’s […]

Still curious. What exactly is the nature of Kathryn Bernardo’s and Daniel Padilla’s claim to fame? What did they do that was so great? I mean, WHY do Filipinos go tardic over this “KathNiel” team? Is it only because big corporate media network ABS-CBN told them to do so? Do Bernardo and Padilla actually exhibit […]